A few weeks ago I went to support some great friends, Technophobia – who I hope to interview soon – at a benefit in Washington DC.  While I was familiar with the other acts there was an opener I had not heard before.  Chatting by the soundboard with a few accomplished local DJs and electronic music producer friends we were entirely blown away by the opener – the solitary Alethea Leventhal from Charlottesville, Virginia playing as Ships in the Night.

Upon three bars we stopped talking, stared at each other slack-jawed, and all agreed that this artist was channeling a haunting Julee Cruise or Kate Bush in her prime.  By the end of her first song several things had happened: several of us posted about it; a couple of us already started downloading her album off iTunes onto our phones; I started to document her set; and was committed to a T-shirt purchase.  I texted my friend in Charlottesville – “why didn’t you tell me about her?”  The last time I got these sort of chills – when time stops for a moment and you are transported far away –  it was 2010 and heard Zola Jesus for the first time in a cafe in Asheville.

Ships in the Night is not an analog, knob tweaking act, she is contemporary yet classic, gothic yet electronic, ethereal yet modern.  It’s pure and simple genius production and quality song writing at its best.  She finished with a cover of Echo and the Bunnymen’s “The Killing Moon,” then I caught up with Alethea where she agreed to be interviewed by Hypnos Audio.  – (Dave B.)

HA:  What inspires you to create music?

AL:  I hear a lot of melodies in the outside world that get stuck in my head and turn into songs.  It’s been a mourning dove outside my house. Another time it was old church bells in Germany.  One time it was even just the hum of busted microwave.  The beat that a train makes as it’s approaching the station.

HA:  Could you describe your process of starting a new musical project?

AL:  It’s rare that I really sit down and write a song.  Most of my composing happens while I’m moving around.  Walking, driving, on a bus or train.  I’m always writing words, but they’re not usually full poems or songs. They’re just thoughts or tiny rhymes that I feel in a moment.  I’ll record sounds I hear on my phone.  They usually create the vocal melody, and sometimes the beat.  I start with the vocals, generally even just one line or the chorus, and then create a skeleton of the song on my piano or harp.  I’ll add a beat underneath, and create the atmosphere of the song with layers of synths and harmonies.


HA:  Have you learned any creative techniques to generate/start projects and would/could you share them if so?

AL:  Just let it drift out of you. I sometimes think of it like free association, or meditation. Don’t focus too hard. Nothing is wrong. Nothing is right. I used to be so critical of every single word. Things I would write about would feel so close and intimate to me that I felt like if I didn’t express them in some perfect way, people wouldn’t understand. I’ve had to work on letting go of that.

HA:  So many electronic musicians get wrapped up in gear, do you find that it hinders your process?

AL:  Gear hinders everything! Kidding. I do like exploring new stuff. I have to say that for me, the easier it is to just sit down and let it flow, the better. I got tired of performing with computers recently, so I switched my live rig over to all hardware. I feel pretty open to all the possibilities though. And with electronic, they’re kind of endless. That’s sort of daunting, and exciting. 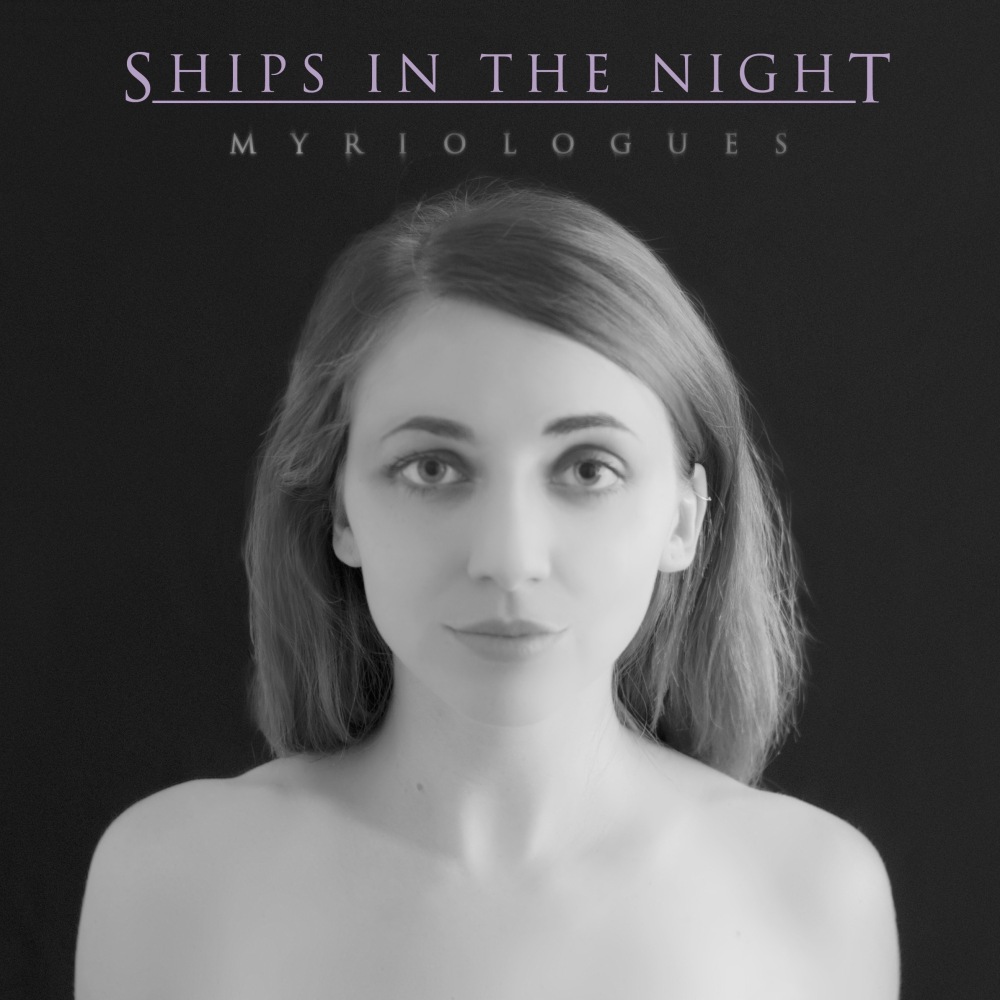 HA:  What do you do at the end of your creative cycle? (e.g., do you immediately move onto the next thing, take a break, etc).

AL:  After I put Myriologues out this spring I told myself I was going to spend two weeks just watching movies, one of my favorite things to do.  That idea got reduced to maybe just one week, then one day, and now I think I’ve only really watched a handful of movies since the release. Oops. It’s a drag because movies inspire my music a lot.  I’m very, very busy.  I am bad at relaxing and giving myself breaks, although I’m sure that that’s often what would be best.  I’m usually creating something, whether it’s working with someone on a photo project, suddenly needing to figure out a cover of some pop song at 3am, cutting up clothes for stagewear, laying down some vocals on a friend’s track. I just really love making things. And collaborating.

HA:  In addition to electronic music, are you currently working on any other artistic endeavors?

AL:  Lately I’ve been messing around a lot with electric guitar (my first instrument).  It’d be cool to use it with Ships In The Night sometime.  I play my harp constantly, like pretty much every time I walk by it. I’ve been thinking about releasing an EP of some less electronic tracks I wrote while I was stuck at home with pneumonia last year.  I’m in a female-fronted Bowie tribute band, and sometimes a Depeche Mode one as well!  I perform and do guest vocals with a few friend’s bands/projects. I write a lot.


HA:  What artists/musicians inspire you?

AL:  I saw Laurie Anderson at Moogfest last year and she blew me away. Kate Bush, Björk. Missy Elliott. Bowie. Patti Smith. A lot of Motown artists. Sioxusie. All my friends and family who make art. Seeing how much of themselves they put into it makes me feel so much love for them. My sister Chelsea is a sound artist in Berlin, and seeing her installations and exhibitions always floors me. David Lynch. Wim Wenders. E. E. Cummings. 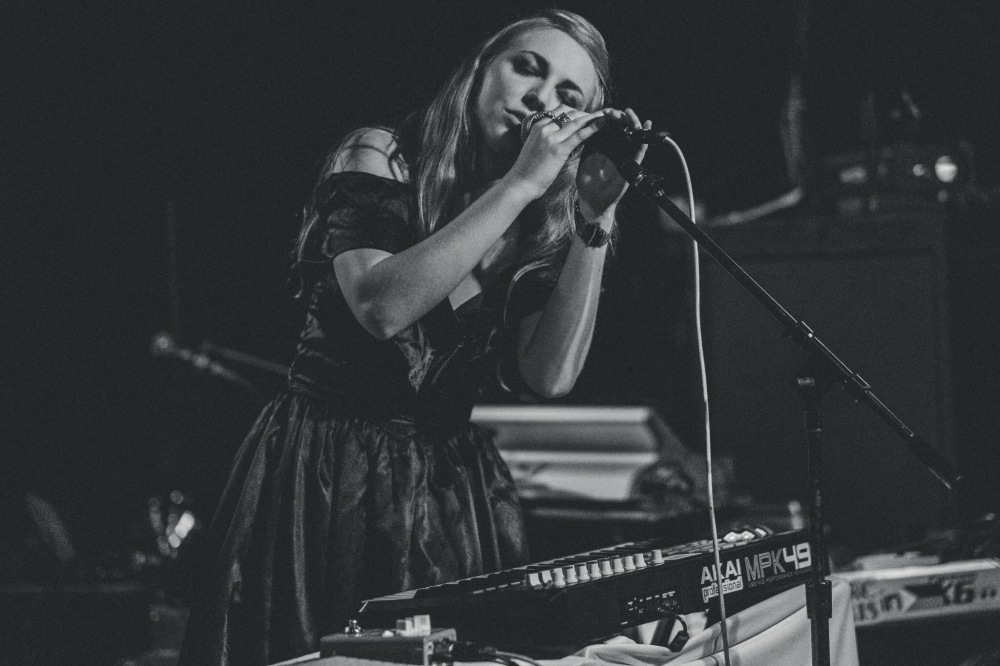 HA:  Are you planning on releasing more material in the near term now that you have finished a regional tour?

AL:  I’m spending the next few months touring, writing music and making some videos. I will say that there is definitely new music coming.

HA:  If you could give advice to other artists on the creative process, what would it be?

AL:  Trust yourself.  Be patient.  Don’t get so stuck on something being good that it’s not fun anymore.  Don’t let your ears get fried- take a lot of breaks.  Don’t ask for too many opinions.  Don’t try to define yourself too hard.  Don’t force anything.  Be gentle with yourself.

Ships in the Night can be found on Bandcamp, Facebook, and Twittter.

“Myriologues” can be found on iTunes, bandcamp and most major digital sites.

Contact Hypnos Audio at hypnosaudioblog(at)gmail.com View all posts by hypnosaudio